Missouri can suck it 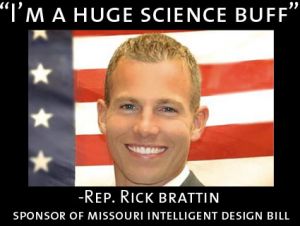 HB 291, the "Missouri Standard Science Act," redefines a few things you thought you already knew about science. For example, a "hypothesis" is redefined as something that reflects a "minority of scientific opinion and is "philosophically unpopular." A scientific theory is "an inferred explanation...whose components are data, logic and faith-based philosophy." And "destiny" is not something that $5 fortune tellers believe in; Instead, it's "the events and processes that define the future of the universe, galaxies, stars, our solar system, earth, plant life, animal life, and the human race."
Posted by Unknown at 01:53